Duke Immerse in Hawaii: Return to Chinatown and Educational Policy at Kamehameha 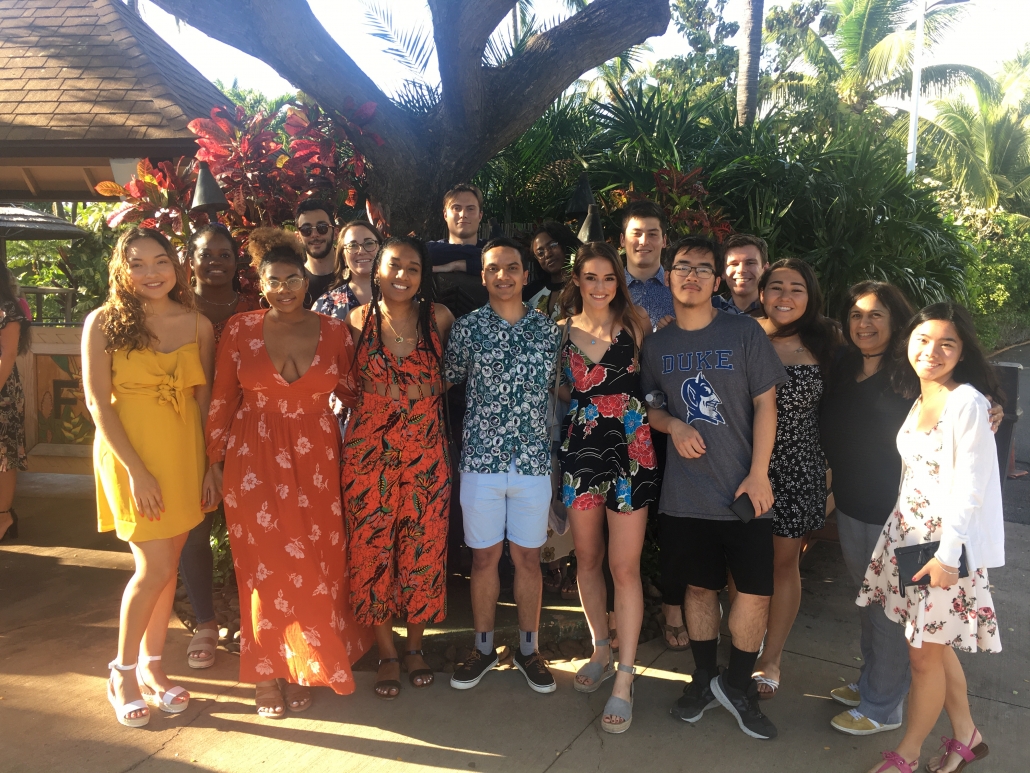 This is the final of four blogs in a series documenting the Duke Immerse trip to Hawaii. Read our other blogs here:

Monday began with a visit to the Chinese Chamber of Commerce of Hawaii, where former director Vernon Ching and current director Michele Choy educated their audience of the history of the Chinese worker population in Honolulu. As the island’s economy became dependent on the sugarcane and pineapple industries, they soon developed a shortage of laborers, a problem they alleviated by bringing in Chinese workers on 6-year contracts starting in the 1850s. (Historically, the working community would compile funds to send back to China, although Ching noted that the “tide has turned,” as now many villages in China are in fact more successful.)

In subsequent decades, given the Chinese Exclusion Act of 1882 and other hostilities towards immigrants, it became crucial for this population to have assistance and support. The Chamber, founded in 1911, became a mechanism for business and cultural development, offering an opportunity for the community in Hawaii to connect with their heritage both through the Narcissus Festival and Pageant as well as classes that teach calligraphy, cooking, knots, flower carving, martial arts, and more. “No one should forget their culture,” said Choy. “Everyone should know where they came from.” 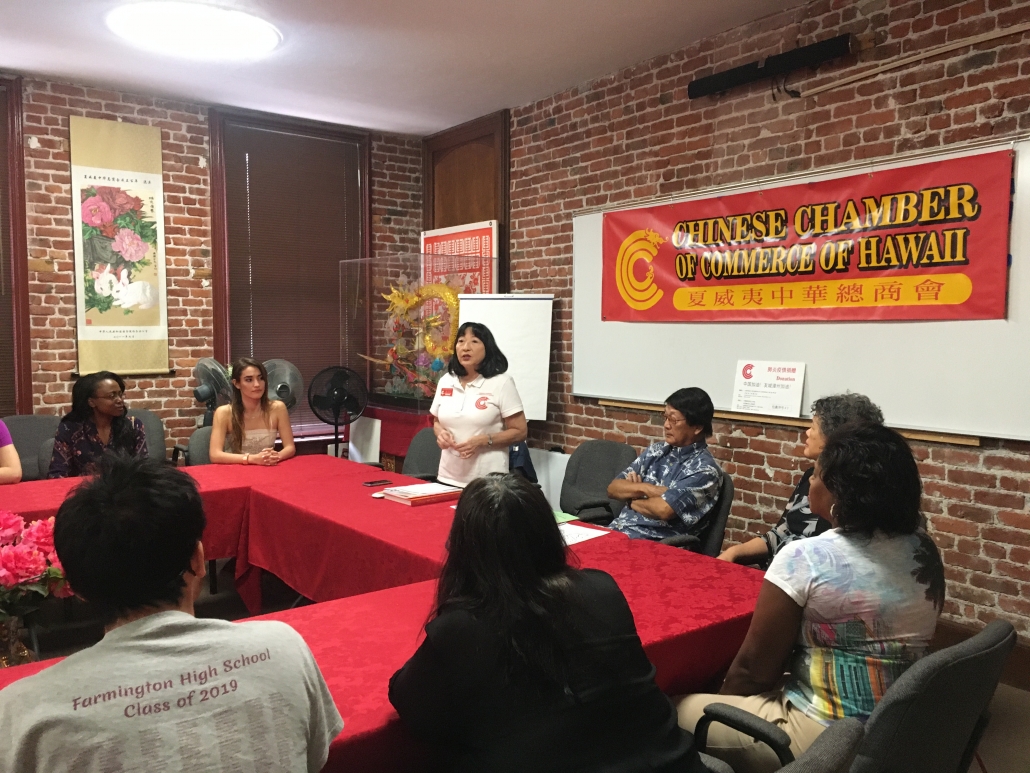 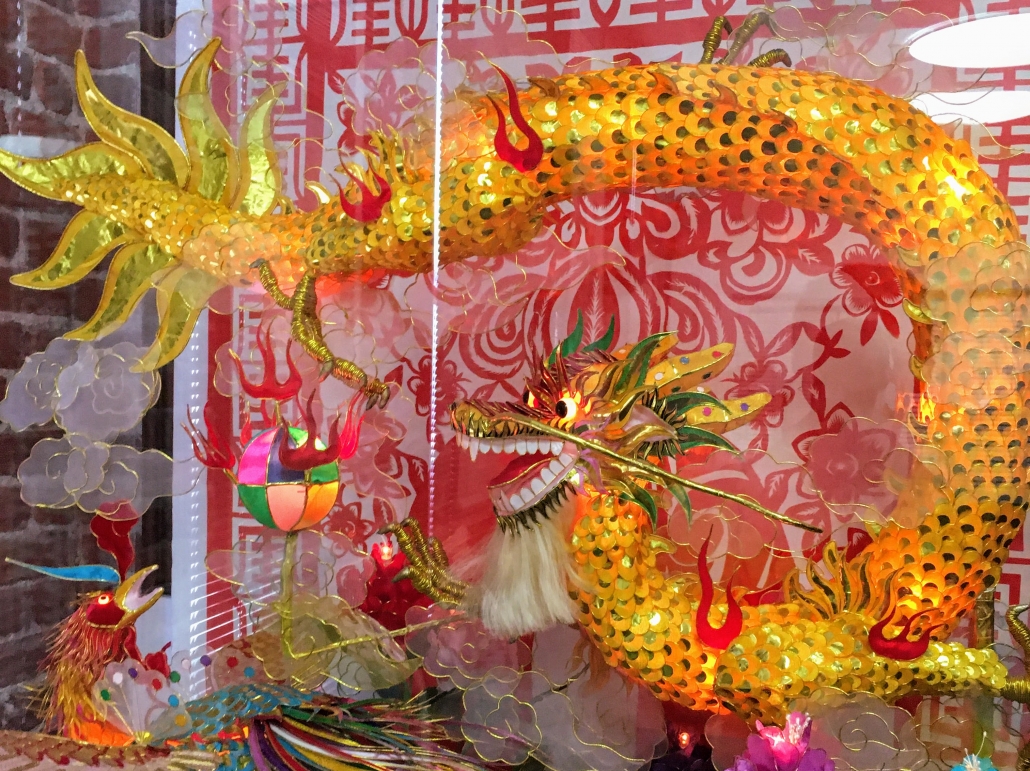 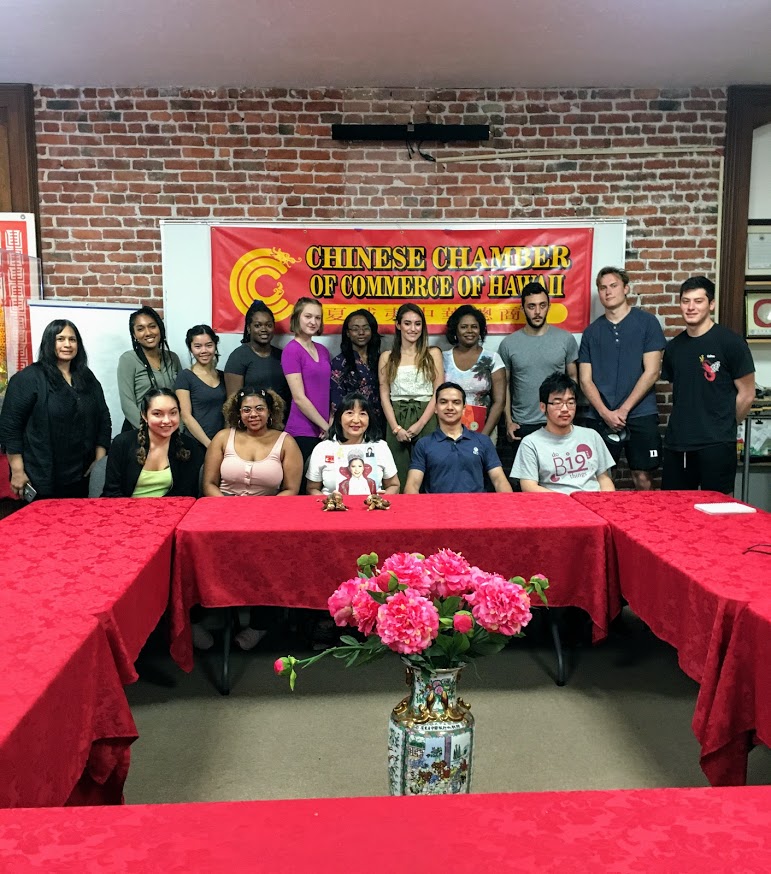 After a brief visit and lunch at Palolo Chinese Home, a facility first created in 1896 to support aging plantation workers that has since modernized and diversified, the group headed north to Kualoa Ranch, the cattle ranch better known as the filming location for Jurassic Park and many more blockbusters. The rain, incessant and turbulent for much of the day, managed to hold off just enough to enable an educational tour that included ample sightseeing and investigation of the Battery Cooper bunker, built during World War II and active in 2018 during a nuclear missile scare, before the long drive back to Waikiki. 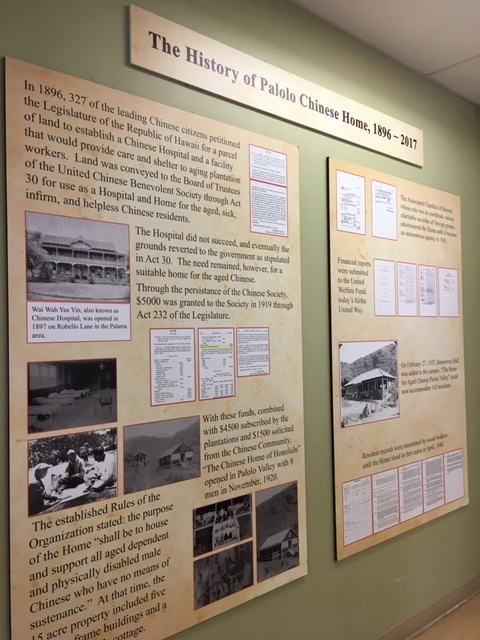 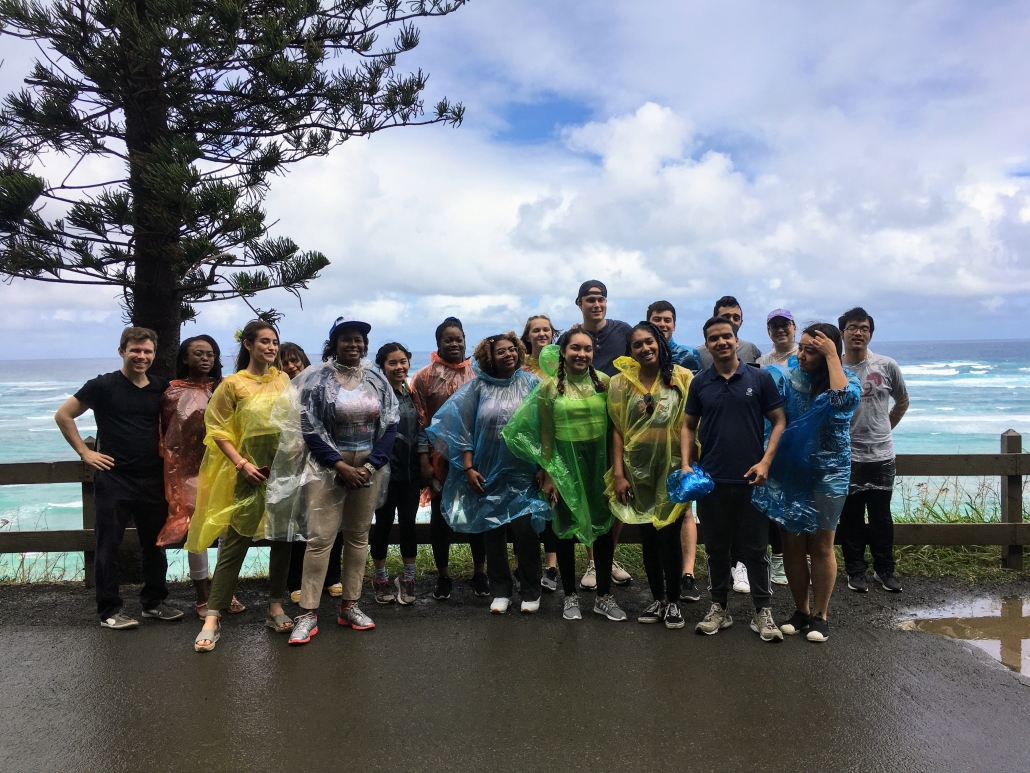 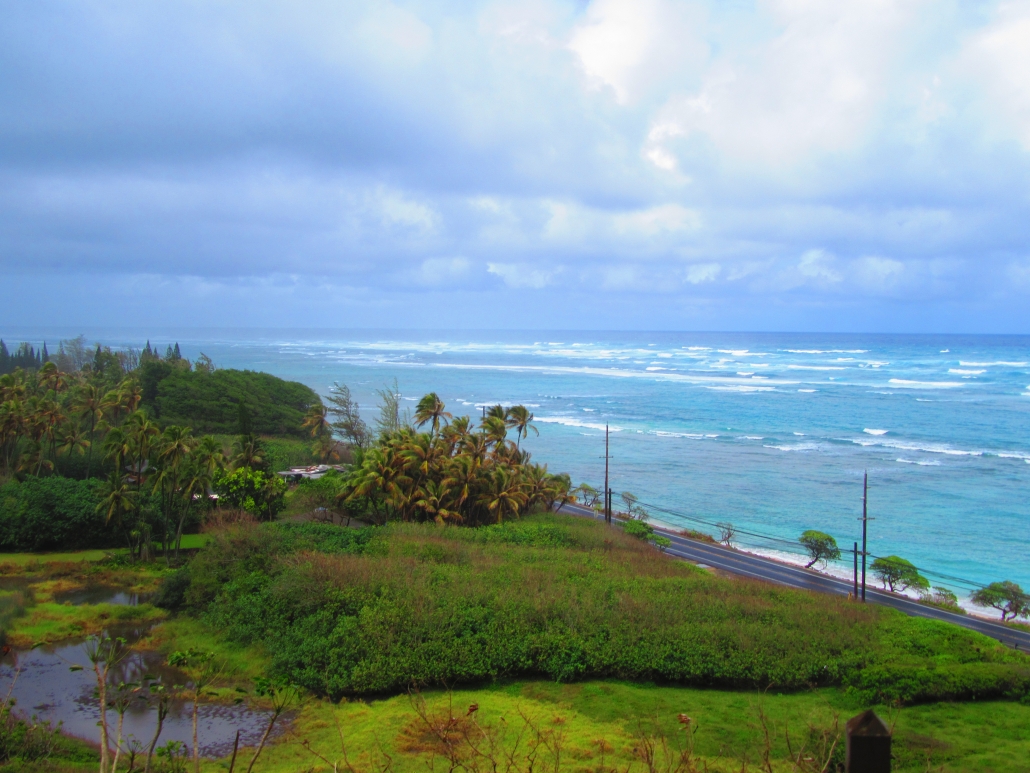 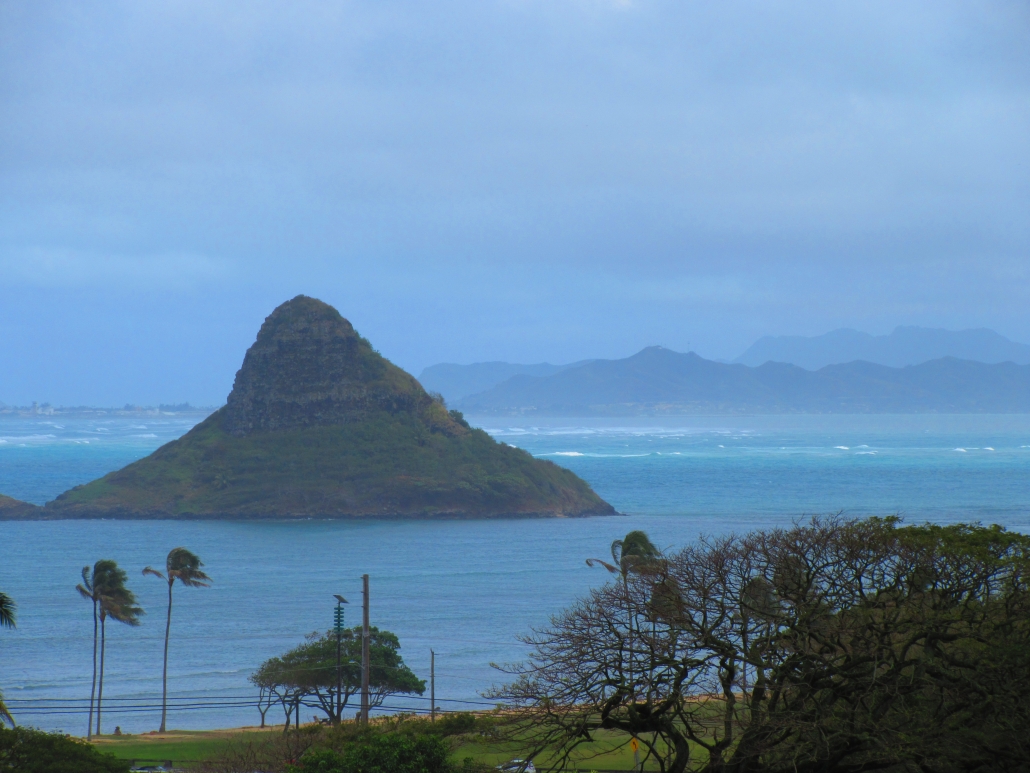 Tuesday, the final full day in Hawaii, was a tale of two acts. The first was spent at Kamehameha Schools–where the group had visited Saturday for Ho‘olaule‘a 2020–the private school founded in 1887 according to the will of Princess Bernice Pauahi Bishop.

The school, created for those with Native Hawaiian ancestry, provides a springboard that is otherwise absent for the population: 99 percent of Kamehameha students are accepted to a 2- or 4-year college, while only 9 percent of Native Hawaiians (in the larger population) graduate from college. Said Umi Perkins, a teacher at Kamehameha and lecturer at University of Hawaii at Manoa, Native Hawaiians are “underrepresented in everything good and overrepresented in everything bad,” regardless of whether the statistics relate to education, health, or incarceration.

Perkins’ class on political science–and on this day, centered on the long-term revision and obliteration of the Hawaiian history–was the first of four that the Duke Immerse group observed. Through story, speech, song, and dance, the students learned how the Hawaiian culture persisted despite facing a language ban in 1896, despite the population demonstrating a steady decline around the same timeframe.

Perhaps the highlight of the morning was the chance to witness rehearsals for the Kamehameha’s annual Song Contest, for which this year marked the 100th anniversary. The contest, a historic tradition that doubles as a graduation requirement for students, features novel songs written and performed by the students as part of a year-long effort and is an emblematic example of the school’s focus on revitalizing, and perpetuating, the Native Hawaiian culture in spite of the adversity they encountered in society. As one student described it when introducing his song, “You can punch someone in the face, but it’s all the more moving to move someone with your words.”

During the afternoon music course, the Duke contingent–with heavy guidance from Kamehameha students–introduced themselves in Hawaiian and partook in both traditional song and dance, including the hula. 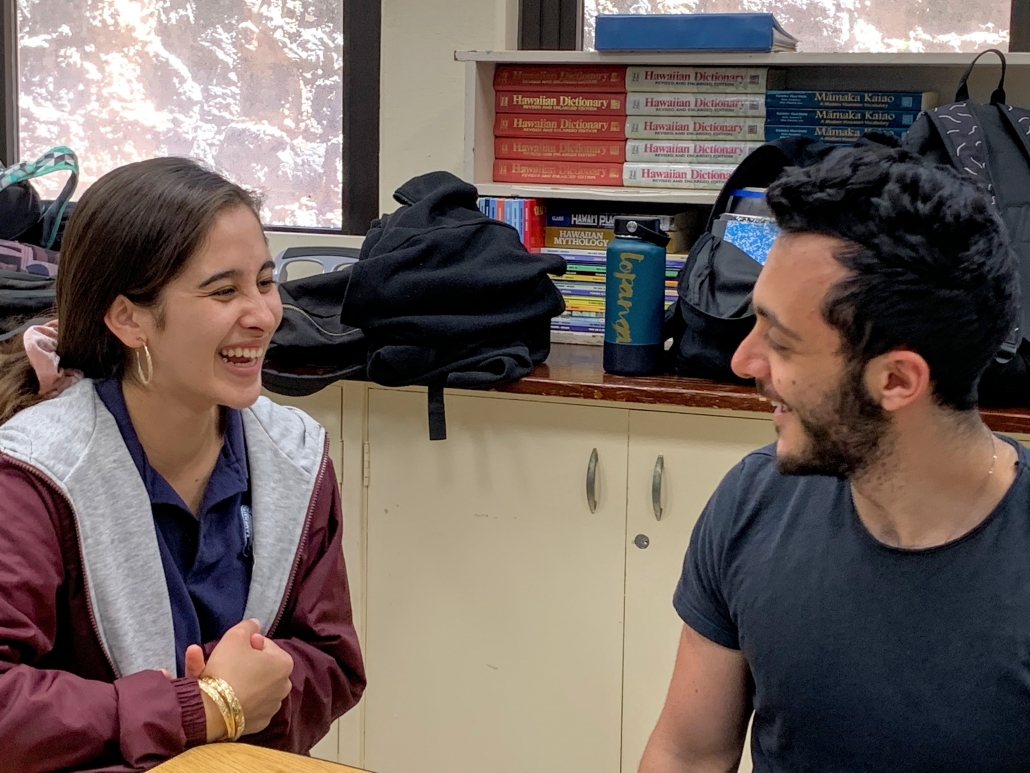 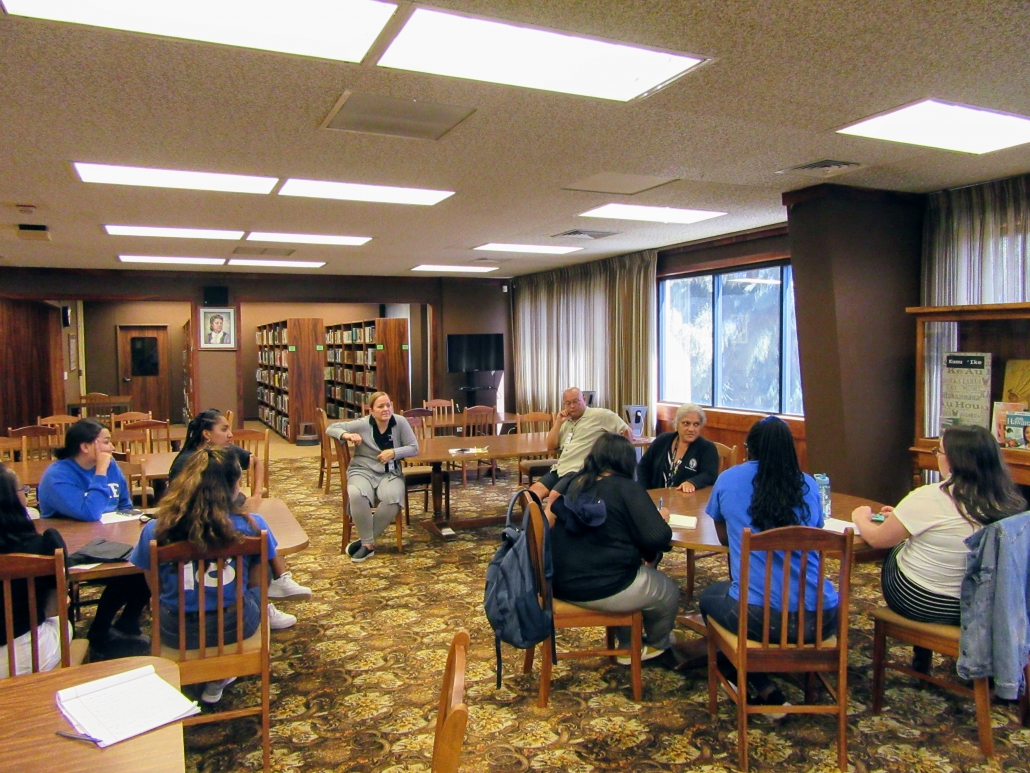 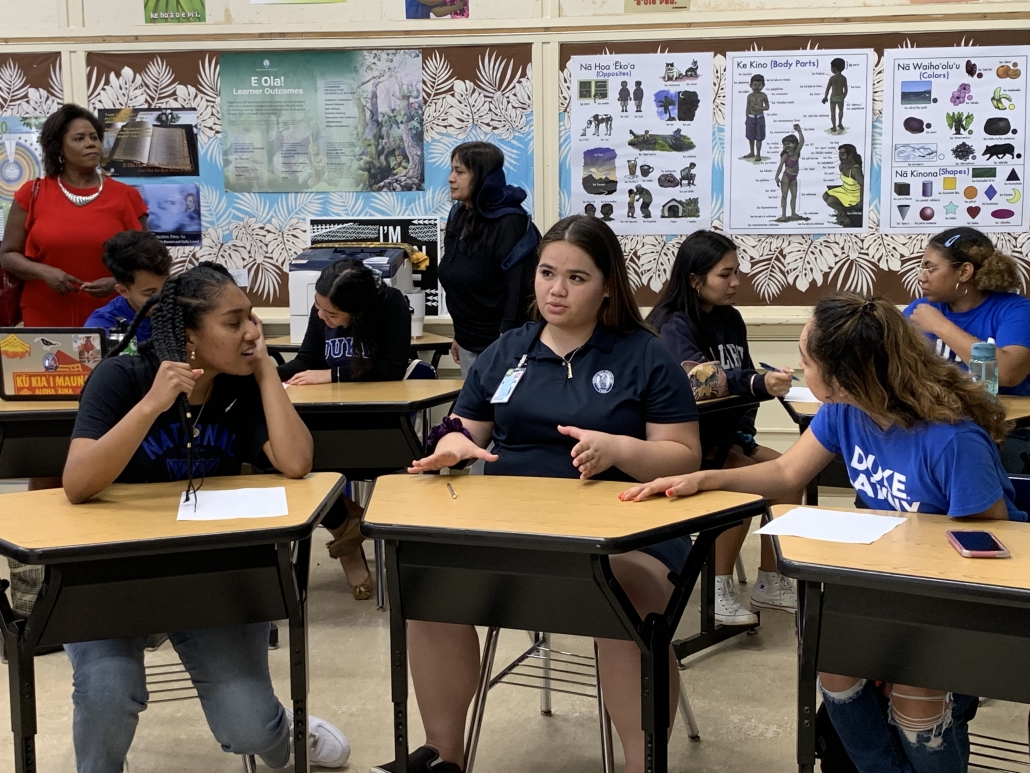 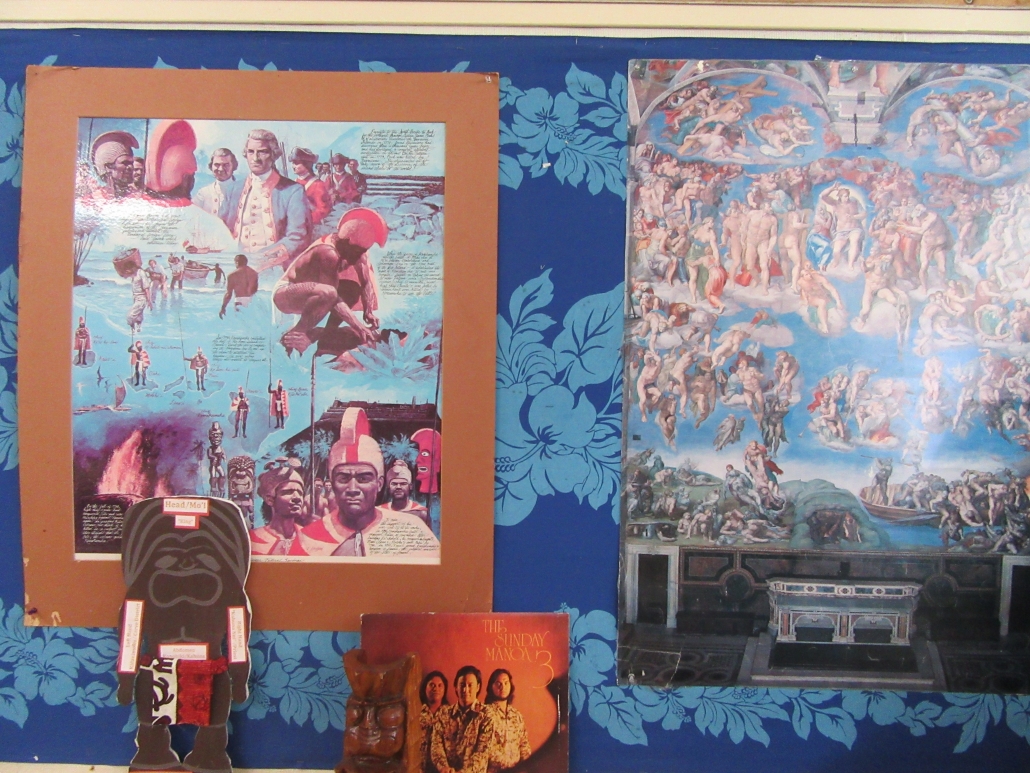 After a long day of classroom engagement, and a long week-plus of cultural immersion, the students bused to the western side of Oahu for a farewell luau. There, they nominally did the same things they had done hours before at Kamehameha–sang, danced the hula–while they observed as the Hawaiian culture they had steadily come to understand was coopted for the benefit of retirees and honeymooners. But perhaps it was the most appropriate way to put a capstone on the trip, by juxtaposing the authentic artforms and heritage with those most appropriate and palatable for tourists. For a series of courses focused on inequalities and disparities, this divide was the most glaring: the contrast between the version of Hawaii that we pay for and think we want to see–and the version that we actually need to.

Following a Wednesday morning of community engagement, the Duke Immerse: Global Inequalities cohort headed to Daniel K. Inouye Airport, eventually returning to Durham on March 5. Some students would be staying on campus for the Duke/UNC basketball game; others would be jumping right into their spring break. But in the wake of the trip–and the realities that it exposed–all would have much to ponder. 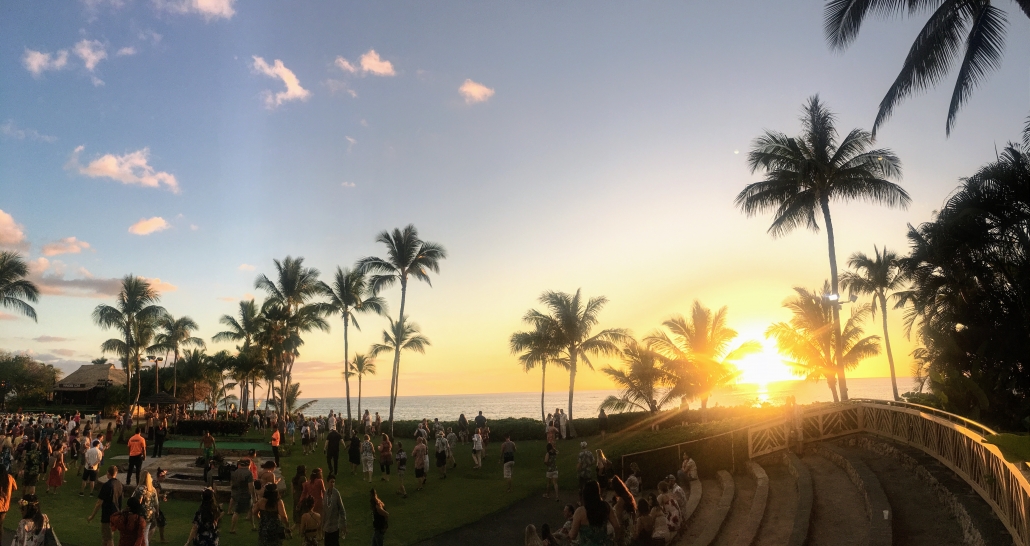 When Biden talks about poverty and parenting, criticism often follows