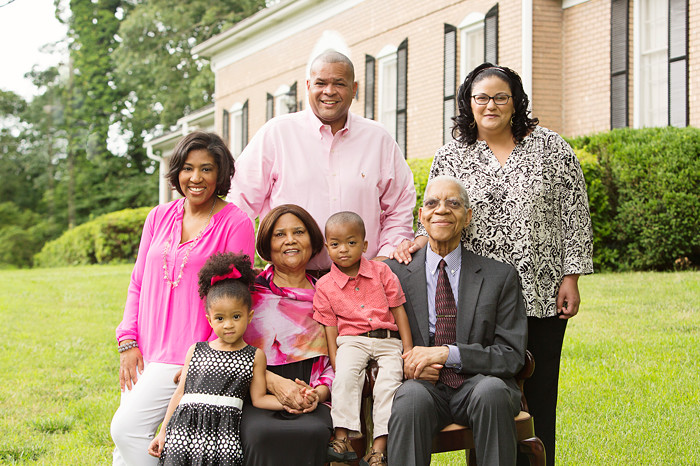 Dr. Samuel DuBois Cook is a symbol and expression of the active quest for social justice and equality at Duke University. During his lifetime, Dr. Cook had a distinguished record as a political scientist, scholar, educator, author, teacher, administrator, civil and human rights activist and public servant.

A native of Griffin, Ga., he was the son of the Rev. and Mrs. M.E. Cook. He received a A.B. degree from Morehouse College and M.A. and Ph.D. degrees from The Ohio State University. He taught at Southern University, Atlanta University, the University of Illinois, UCLA and Duke University, where in 1966, he became the first African-American to hold a regular and/or tenured faculty appointment at a predominantly white southern college or university. He served 22 and a half years as president of Dillard University in New Orleans, La. Upon his retirement in 1997, the Dillard board of trustees elected Dr. Cook President Emeritus. While at Dillard, Dr. Cook established a National Center for Black-Jewish Relations, the only one of its kind.

Dr. Cook was the author or editor of numerous scholarly publications, including Black-Jewish Relations: Dillard University National Conference Papers, 1989-1997. His final (?) publication was Benjamin E. Mays: His Life, Contributions, and Legacy, written about the inspirational and pioneering former president of Morehouse College.