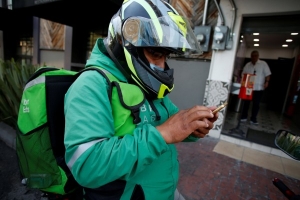 Due to the wave of layoffs in restaurants, hotels, and entertainment venues, people who have experienced occupational segregation have already lost their ability to gain income.

Certain industries are dominated by people of color. In the hospital industry alone, 51% of clerks and front-desk staff are of color. 56% of those working in parking lots as an attendant and 66% of those driving taxis and cars for hire are people of color too.

Research by the Federal Reserve also shows that 39% of households believe that if they face an unexpected expense amounting to $400, they will not be able to cover it.

Sandy Darity, economist from Duke University believes that the nation needs a federal work guarantee program. In good times, the facility can employ a few people to work as directed by the federal government while in bad times, the infrastructure can further expand to put more people at work as the need arises.

As economy struggles amid coronavirus, low-wage workers of color taking a major...