While the Friday program of the Capital Matters: Race, Gender, and Entrepreneurship Conference was light, the same could not be said for the subject matter.

Its gravity was best summarized by Sylvia Cook, whose late husband Samuel DuBois Cook remains the inspiration for the Cook Center on Social Equity at Duke. During her surprise remarks at the day’s conclusion, she thanked those in attendance for “shining a light on the inequities and injustices” present in business and in our society today. “This is, indeed, a divine mission and a noble struggle,” Cook said. 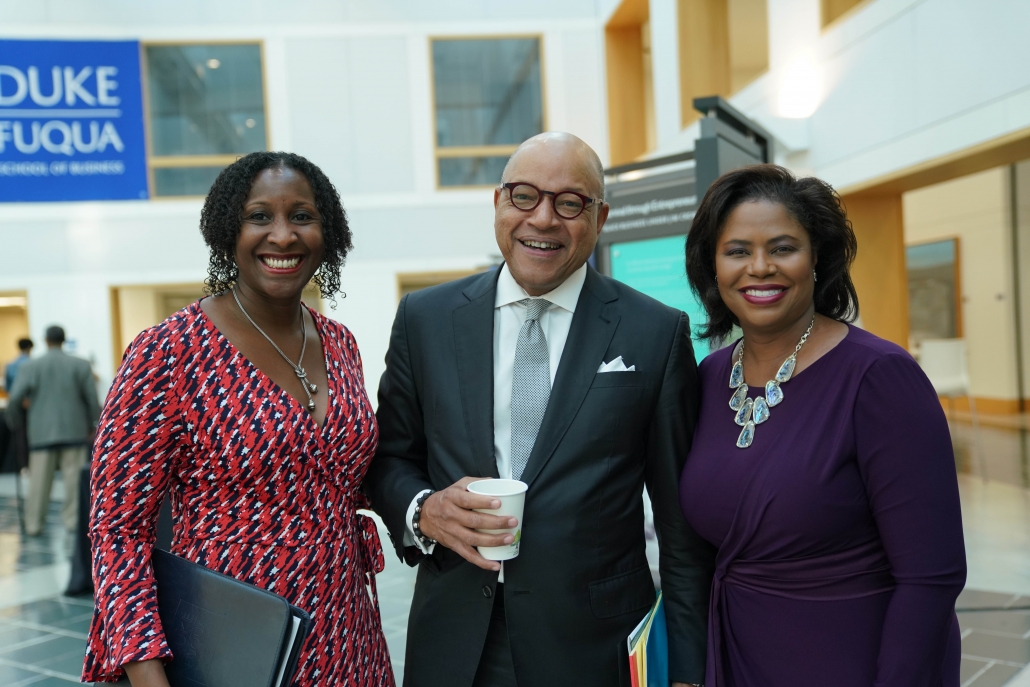 Her words followed two talks during the final half-day of the conference. First, David A. Thomas, president of Morehouse College, in front of Morehouse students and alumni both, spoke on the “need to scale what’s represented in this room.” (A recording of Thomas’ address is available here.)

Sketching on a whiteboard at the center of the lecture hall, he detailed the intricacies of the pieces that need to fall into place for business success. “The reality is no one is born an entrepreneur,” Thomas said. “There’s a transformation process that takes them to that opportunity.” Individuals need to rely on themselves, he said, but they also require boosts from their relationships, the institutions surrounding them, the policies defining what is possible, and the societal consciousness of the difficulties these underrepresented entrepreneurs face. 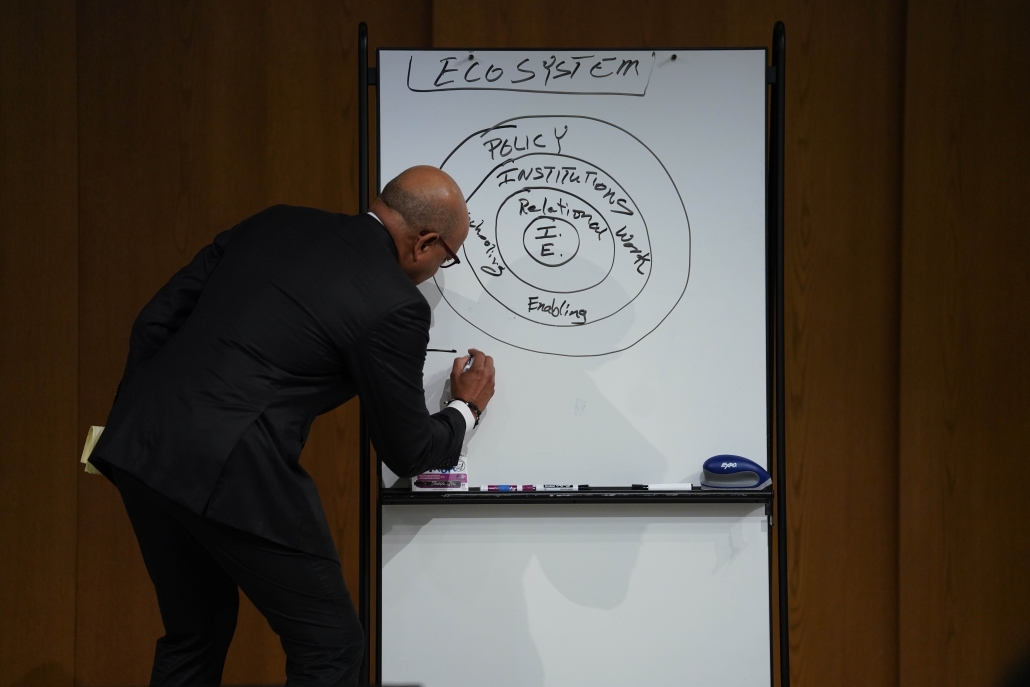 The final panel discussion of Capital Matters, moderated by Stephen Fusi of the Fuqua School of Business, focused on answering the problems outlined by both Thomas and the conference overall. The discussion, ambitiously titled Where Do We Go From Here?, nevertheless sparked divergent but unfailingly bright ideas from the panelists.

Henry McKoy Jr., director of entrepreneurship at the NC Central School of Business, spoke about the need for spirit and bravery in this fight, tying the need for future action to Maynard, the film on the legendary Atlanta mayor screened the prior evening. “If you watched that Maynard Jackson documentary, you understand the price he had to pay,” McKoy said, adding that he hoped attendees “ask themselves, as far as this inclusion work goes, ‘are you doing it courageously?’ “ 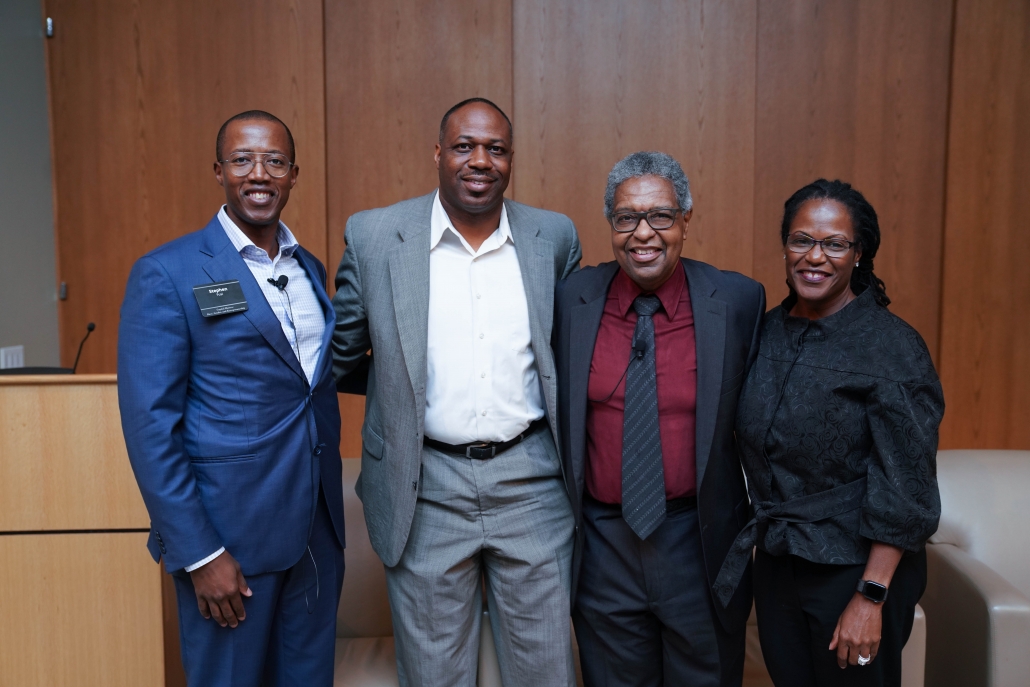 Panelist Ashleigh Rosette, associate professor at Fuqua, emphasized the need for authentic conversations between disparate groups. She noted that while the stark data on the wealth gap may be second-nature at this point for attendees, for many Americans it isn’t, and there’s value in taking the time to spread this truth. “A lot of those conversations go a long way,” she said.

Furthermore, she called for more tangible goals, especially intermediate goals, for those engaged in this noble struggle to target. “It’s incumbent upon us, the writers, the researchers, the policymakers, to always have a goal that’s out there. There’s something salient about having something to attain,” she said, calling for a necessary change in these practices. “We have been reporting the same metrics for decades and decades.”

The final panelist on the stage was William A. Darity, Jr., director of the Cook Center and a professor of public policy, African and African American Studies and economics. For too long, he stated, America has emphasized equal opportunity at the expense of equal outcomes, without acknowledging that truly equal opportunity relies on a necessary precondition of equal resource allocation. “Due to the intergenerational transfer of resources,” said Darity, “we create an unfair starting point for large portions of the population.”

Those resources reflect wealth, which Darity highlighted the need for better data on specifically, especially at the local and state level. While much information exists about financial indicators like poverty, income, and business status, very little is known about the ultimate driving engine of the greatest economic disparity of our time. 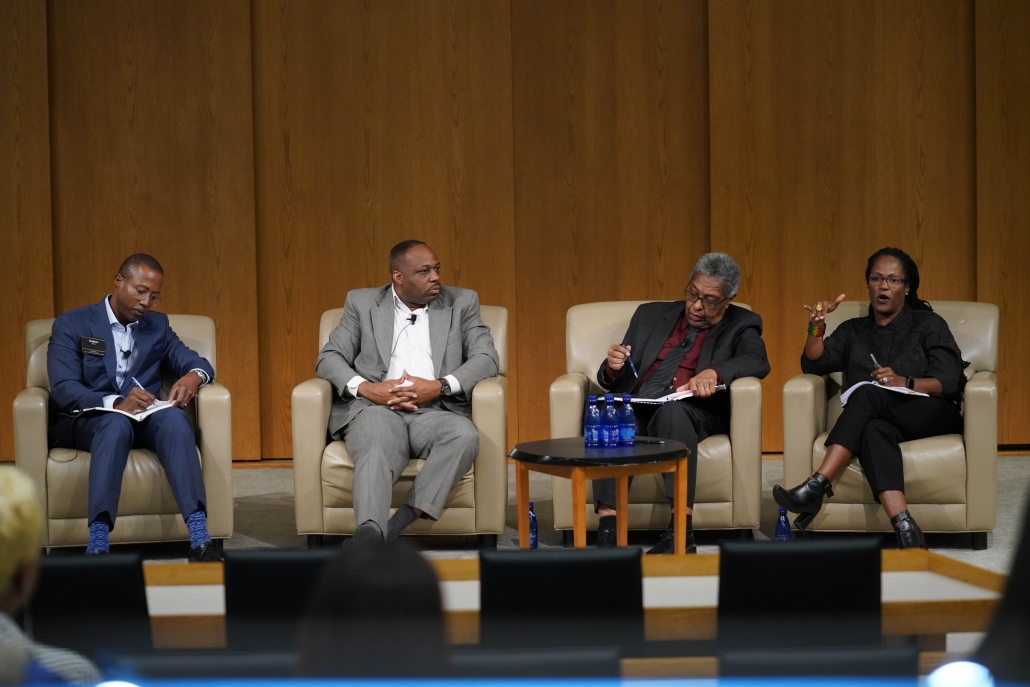 The goal, as Darity outlined it, is wealth distributed proportionally in America. Black America makes up thirteen percent of the population but holds less than three percent of its wealth; a racial wealth gap will persist until that latter number matches its share of the population. And while much of the conference is focused on gains for small black-owned and women-owned businesses, strengthening small businesses “will not necessarily produce black corporations,” Darity said, which might  generate the necessary wealth to make a sizable dent. “We need to distinguish between moving the needle and closing the gap.”

Indeed, racial wealth disparities will not evaporate overnight, nor will they disappear at the flip of a single shift in policy. Creating this change will require courageous work, tireless and dogged work, with many individuals and institutions using their specific skills to contribute in their own ways.

Rosette mentioned how she thought every attendee’s conclusion from the conference would be unique: “I think the beauty of that is there was something for each individual to take away.” Perhaps the one constant is the appetite to move forward with this work, to amplify the discussions that the conference had helped spark. During the Q+A session, Mark Simeon, a local lawyer and activist, implored his peers to “get back together, sooner rather than later” to keep up this struggle.

“There’s absolutely no reason that we have to wait until next year to continue the conversation,” said Darity, in response. “Our door is open.” 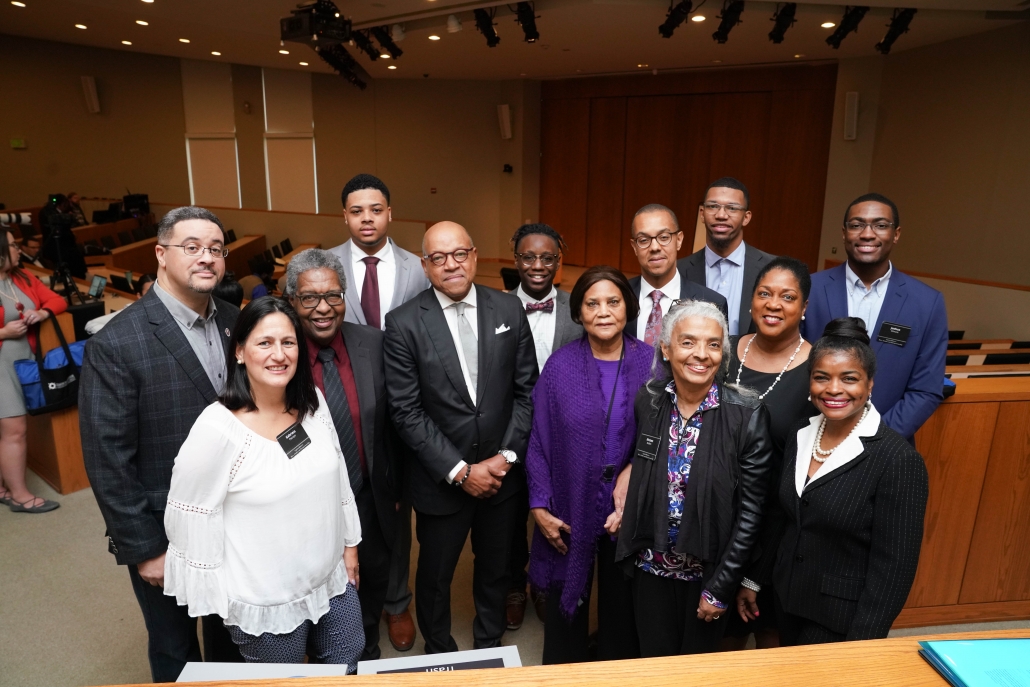 ‘A Matter of National Responsibility’
Scroll to top