HOW WOULD REPARATIONS FOR AFRICAN AMERICANS ACTUALLY WORK? 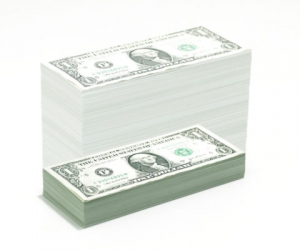 The question of whether and how to compensate descendants of people formerly enslaved in the United States has hung over the country since the end of the Civil War.

“The idea is that wealth begets wealth. That wealth is something that is acquired cumulatively. And so you can either get on the path of accumulation or you can be on the path of decumulation,” says Sandy Darity, a Duke University professor who has studied reparations for over 30 years. He is author of From Here to Equality: Reparations for Black Americans in the 21st Century(UNC Press, 2020) with A. Kristen Mullen.

Darity argues the current racial wealth gap—in which African Americans, who make up 13% of the national population but hold only 3% of national wealth—goes back to a series of government policies that denied economic opportunity to African Americans and provided opportunities to many white Americans.

As economy struggles amid coronavirus, low-wage workers of color taking a major...
Scroll to top