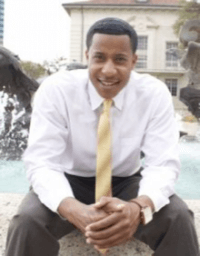 Faculty Affiliate, Working Group on Educational Policy and Associate Professor of the Practice in Education

Dr. Martin P. Smith blazed his own path by first fusing his passion for education and sport at the University of California at Berkeley. He earned his bachelor’s (‘06) and master’s (‘07) degrees in education while playing basketball for the Golden Bears. At Berkeley, he won the 2006 Jake Gimbell Award which honors the student most committed to academic and athletic excellence. After matriculating at Berkeley, he worked in San Diego’s inner city, teaching geometry at Lincoln High School and adult education at San Diego Community College. He also established the Phil Smith Basketball Camp to honor his late father, NBA All-Star Phil Smith, using basketball as a means to promote academic achievement. In pursuit of his passions, Dr. Smith has traveled extensively, directing basketball clinics in China, the Philippines, and Panama. Furthermore, he was the Lead Teacher’s Assistant at the University of Cape Town, South Africa facilitating a course examining the effects of apartheid and American segregation on contemporary Black, urban economic development. He completed his Ph.D. in Cultural Studies in Education at The University of Texas at Austin. He then conducted post-doctoral research in Spanish at UT’s Mesoamerica Center in Antigua, Guatemala, studying the amalgamation of race, culture, education, and athletics. After leaving Guatemala, he joined the faculty at Duke University where he is currently an Assistant Professor of Education.