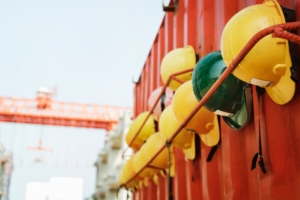 America’s workers would not be subjected to low-wage jobs if they were assured employment at non-poverty wages. The conventional way to achieve that objective is old-fashioned Keynesian pump priming or through the application of stimulus expenditures.

The federal job guarantee allows any American, 18 years or older, to be able to find work through a federally funded public service employment program – a National Investment Employment Corps (NIEC). While providing a particular benefit – such as raising the minimum wage – for those Americans in the most desperate straits, a universal job guarantee would benefit all Americans who experience joblessness now or in the future.

Moreover, a universal job guarantee would mean that all Americans would have access to jobs promising an income above the poverty threshold.

Each NIEC job would offer individuals nonpoverty wages: a minimum salary of $23,000, plus benefits including federal health insurance. NIEC would work similarly to the Works Progress Administration and the Civilian Conservation Corps developed in response to the unemployment crisis of the Great Depression. The types of jobs offered could address the maintenance and construction of the nation’s physical and human infrastructure, from building roads, bridges, dams and schools to staffing high-quality day care. The program would include a training component to equip employees with the skills necessary to fill state and municipal needs.

The program would be cost effective, too. If the program put 15 million Americans to work – the total number of people out of work at the nadir of the recent recession – at an approximate cost of $50,000 per employee, the bill for the program would be $750 billion. In 2011, the total cost of the nation’s anti-poverty programs was about $740 billion. Since the National Investment Employment Corps would function simultaneously as an employment assurance and anti-poverty program, the existing anti-poverty budget could be slashed drastically, with those savings going to finance the job guarantee.

In short, the NIEC program would drastically transform the American labor market. Its universal nature would ensure jobs for all and greatly aid in reducing poverty, assist labor in its long-losing fight against capital, and finally allow the government to reach and maintain an economy with full employment.