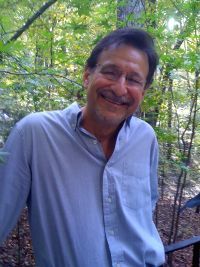 Bruce Orenstein is currently producing the documentary series Shame of Chicago: The Segregation of an American City. He also runs the Telling Our Stories Student Working Group at the Cook Center and teaches documentary production at the Arts of the Moving Image Program. Orenstein founded and directed the Chicago Video Project, one of the nation’s first studios dedicated to producing organizing-driven videos for grassroots social change organizations. His television credits include the Emmy-award winning WTTW documentary No Place to Live, and the nationally broadcast PBS documentaries, The Democratic Promise: The Life and Legacy of Saul Alinsky and American Idealist: The Story of Sargent Shriver. Prior to becoming a filmmaker, Orenstein led direct-action community organizations in low-income communities in Chicago and Seattle.