A Path to Ending Poverty by Way of Ending Unemployment: A Federal Job Guarantee

We propose passage of legislation guaranteeing every American over the age of eighteen a job provided by the government via the formation of a National Investment Employment Corps (NIEC). The permanent establishment of the NIEC would eliminate persistent unemployment and poverty, ensuring that the United States is able to achieve full employment, as outlined by the Full Employment and Balanced Growth Act of 1978….

To simultaneously provide full employment and rid the United States of working poverty, workers would be paid at least $11.56 an hour. This wage rate would yield a salary of $24,036 a year at forty hours per week of year-round employment, equal to the poverty line for a family of four. This wage rate represents a minimum entry level wage, but the program would be designed to enable workers to achieve promotion—and higher wages. We estimate a mean wage income for all employees of approximately $32,500. In addition to wages, workers would be guaranteed a benefits package. We estimate that an additional $10,000 will be spent per worker per year to provide adequate health insurance and standard retirement benefits. This insurance would be comparable to current health insurance programs offered to federal employees and members of Congress. Beyond health insurance and retirement, employees would be guaranteed other benefits, including paid family and sick leave and one week paid vacation per three months worked. 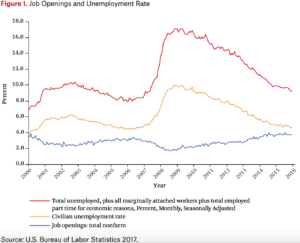 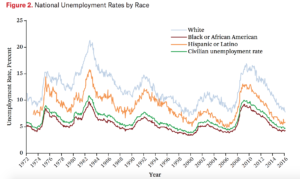