The statistic, like so many of those shared on the opening day of the Capital Matters: Race, Gender, and Entrepreneurship Conference, sparked gasps and murmurs: The top 10 U.S. Fortune 500 firms each generate more in annual sales revenue than do all 2.58 million black-owned businesses, combined.

“It raises the question,” said William A. Darity, Jr., director of Duke’s Samuel DuBois Cook Center on Social Equity and a professor of public policy, African and African American Studies and economics, “about whether we can refer to the black business world as having corporate characteristics at all.”

On its first day, the conference, organized by the Cook Center and sponsored by JP Morgan Chase and Co. and the Asset Funders Network, featured presentations, workshops, film screenings, museum exhibits, and panel discussions that highlighted the degree to which black and female entrepreneurs have been shut out of the business world. “We’ve excluded large swathes of society, which is completely inappropriate,” said Bill Boulding, dean of the Fuqua School of Business, in his opening remarks.

The program kicked off with a roundtable featuring Darity; M’Balou Camara, a Ph.D. student in public policy at Duke; Thomas Shapiro, professor of law and social policy of Brandeis University; Dr. Clinton Boyd, Jr., a postdoctoral associate at the Cook Center; and moderator Joseph Antolín, executive director of Asset Funders Network. Each in turn painted a robust picture of the barriers blacks and women have long faced in entrepreneurship: from the heightened difficulty these individuals encounter in finding funding to the lack of wealth they possess as a cushion against economic downturns, accelerating their exit from the business world. 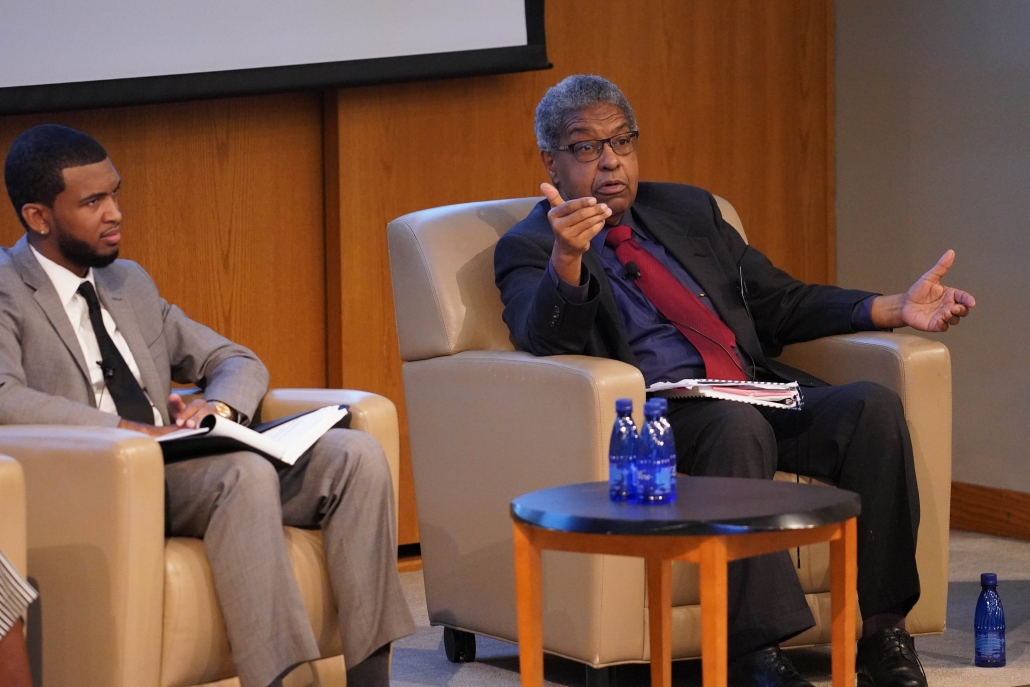 Darity’s striking quote came from his and Camara’s presentation of a new report, Entering Entrepreneurship: Racial Disparities in the Pathways into Business Ownership, which highlighted the unique structures and characteristics of black-owned and white-owned businesses. Stemming from the historical racial bias they’ve encountered, discrimination in the credit and loan markets, and their lack of access to both intergenerational wealth transfers and mentorship networks, blacks in America find themselves in a much less rosy business landscape. Notably, black-owned businesses are much more likely to be nonemployer businesses (those in which no employer besides the owner is paid), smaller, and younger than white-owned businesses.

The authors also find that even though blacks are twice as likely to start their own business than whites, they simultaneously have less access to startup capital: Black-owned employer businesses are 59 percent more likely (than their white peers) to use personal credit cards to fund their new business. In the U.S., Darity said, “the opportunity locus is vastly different between blacks and whites.”

Shapiro’s analysis, from a report entitled Redefining Risk: Racial Disparities in Entrepreneurship and Financial Wellbeing, showed the disparate effects of the recent Great Recession on black and white entrepreneurs. Of the cohort of business owners starting their enterprises in 2005, 46% of white-owned businesses survived through 2007, a number that fell to 15% in 2013. But for black owners, their initial 42% survival rate plummeted after the Great Recession to, approximately, 0%.

Later in the morning, the documentary film DisemPOWERed: Puerto Rico’s Perfect Storm detailed the aftermath of Hurricane Maria’s devastation, which left the territory without power for eleven months after the storm made landfall in 2017. As Cecilio Ortiz García, associate social sciences professor at the University of Puerto Rico-Mayaguez, explained, what matters is “not only the essence of the disaster but the disaster of governance that leads to such destruction.” Moreover, the hurricane’s aftermath was a “missed opportunity for entrepreneurship” in the area, said Elvia Meléndez-Ackerman, environmental sciences professor at the University of Puerto Rico-Rio Pedras, as the $3.8 billion eventually spent to restore power didn’t provide a sustainable solution that improved the island’s infrastructure. 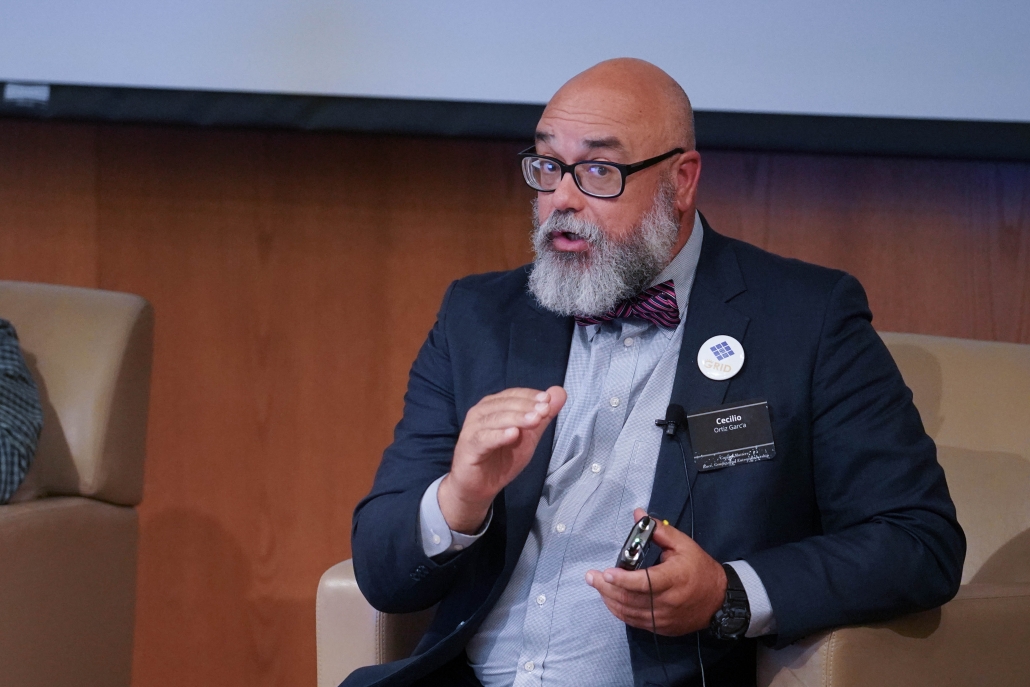 After a lunchtime keynote address from Michigan law professor Dana Thompson that juxtaposed the growth of the number of minority-owned U.S. businesses (up 79% from 2007 to 2017) with these entrepreneurs’ continued lack of access to capital, the afternoon sessions inched toward solutions.

A chat between Ted Archer and Chris Wheat, both of JP Morgan Chase, explored ways that the private sector could create pockets of opportunity to expand business ownership. Then professors, students, entrepreneurs, government employees, and community leaders from Durham, Atlanta, Charlotte, and beyond gathered for a workshop of small-group activities to foster pathways toward financial health. But the battle is uphill, the session leaders from Financial Health Network emphasized, given that roughly 2% of venture capital goes to women and just 1% of venture-backed businesses are black-owned.

Tying myriad threads together was a panel on “Business Ownership as a Wealth-Building Tool for Women.” Moderated by Ashleigh Rosette of the Fuqua School of Business, the panelists offered insights ranging from harsh to hopeful. Wealth, said Fenaba Addo, visiting assistant professor at the Sanford School, is more than a difference between assets and liabilities: It indicates access, insurance, power, and ability to take chances in the business world. And thus for many, it presents a barrier. “If you don’t have the wealth,” she said, “you can’t take the risk.”

Monique Woodard, a venture capitalist who (notably) invests mostly in women-owned companies, emphasized how the key barrier for these marginalized entrepreneurs is “access to a network and access to capital.” Furthermore, she said, a change in the demographics and investing behaviors of venture capital firms would come not altruistically, but simply once a firm’s “homogenous” network, and pattern of ignoring black and female founders, led it to miss out on a great money-making opportunity. 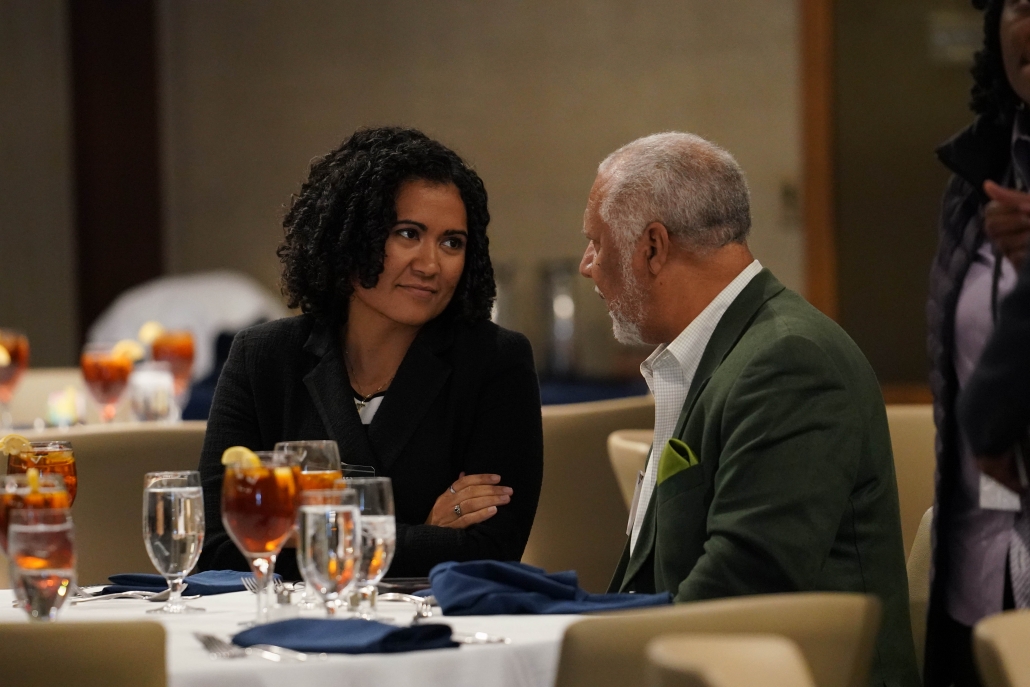 The program concluded with the debut of the exhibit on Durham’s Black Wall Street at the Karsh Alumni and Visitors Center. Earlier in the day, Dr. Clinton Boyd, Jr. had warned about the “deified understanding” that the public may have of Durham’s Black Wall Street, noting that it developed not in utopic circumstances but against the backdrop of segregation and widespread racial terror campaigns. The end product, summarized and expounded upon in a dinner-time address by state senator Floyd B. McKissick, Jr., offered a nuanced look of the realities of this historic region.

The senator recounted the story of John Merrick, who, despite being born into slavery in 1859, would eventually go on to create the North Carolina Mutual Life Insurance Company, the backbone of Durham’s black business district. The tale underscored the day’s defiant but upbeat theme: Despite extreme adversity and exceedingly long odds, there is still some cause for hope.

“Let’s talk about our successes,” said Melissa Abad, sociologist and researcher at Stanford University, during the afternoon conversation on the gender wealth gap, in response to the day’s litany of damning statistics. “This [reality] is really depressing, but some of us have made it.”

“Don’t ask for a seat at the table,” she said in conclusion. “Make your own table.”

The full day’s recordings can be viewed here; Thursday’s livestream will be viewable starting at 8:30 AM at this link. 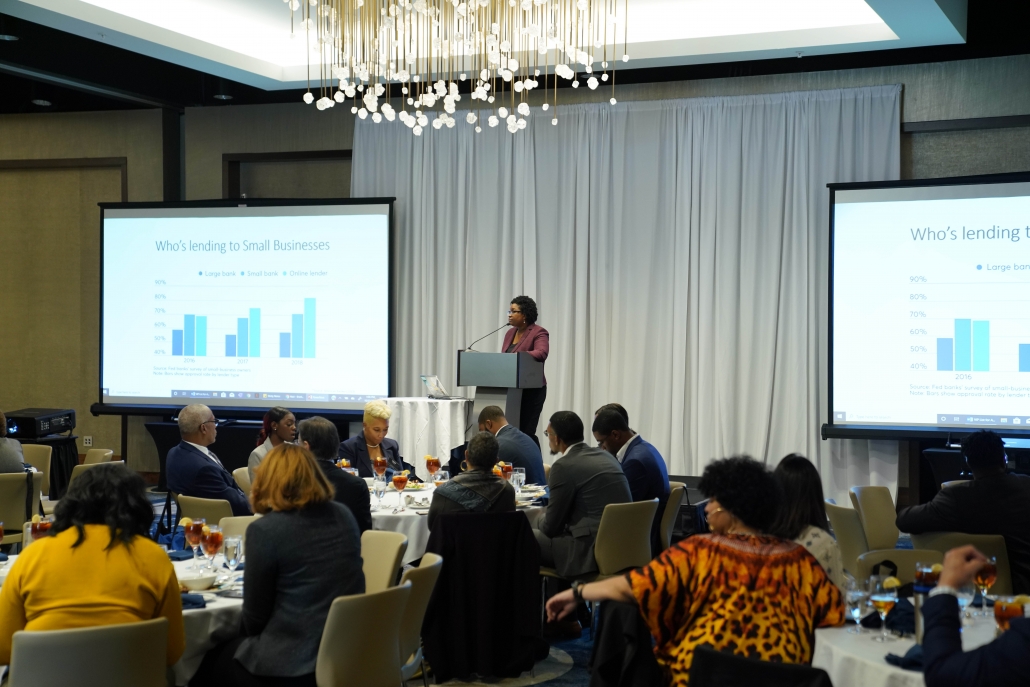