A Place in History

By the late 1960s, civil rights victories and desegregation offered promising growth for Black Wall Street’s anchor institution, NC Mutual. With social change, the company began to move into white markets and expand its number of policyholders. Its assets continued to climb.

NC Mutual insurance agents from around the country at the groundbreaking ceremony for the new home office in Durham, 1963. 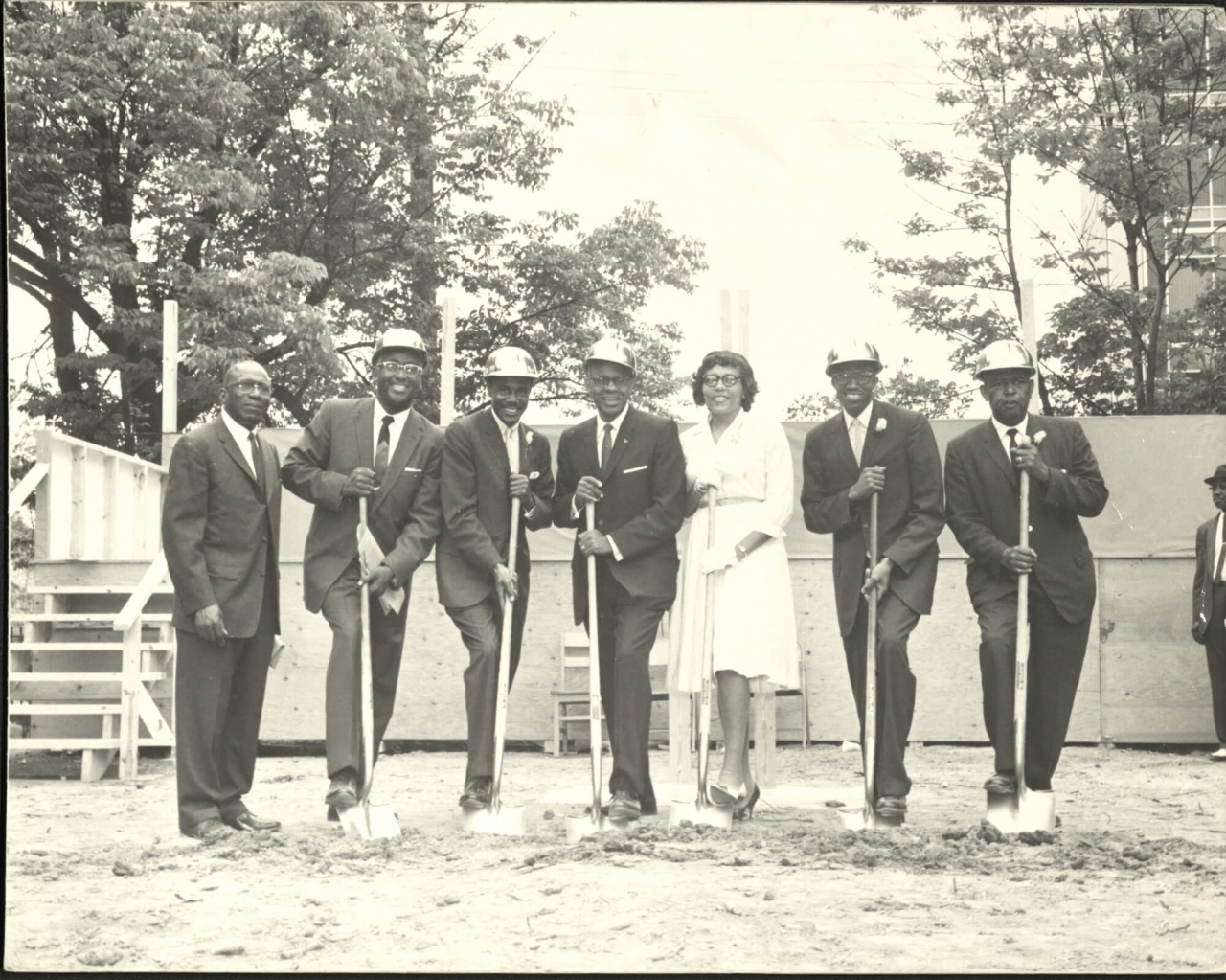 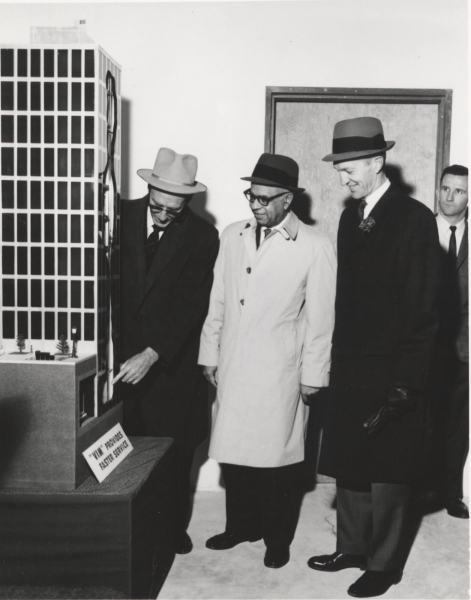 Advertisement for NC Mutual in The Crisis, the official publication of the National Association for the Advancement of Colored People (NAACP), 1918. NC Mutual established its national leadership and reputation in its early years. 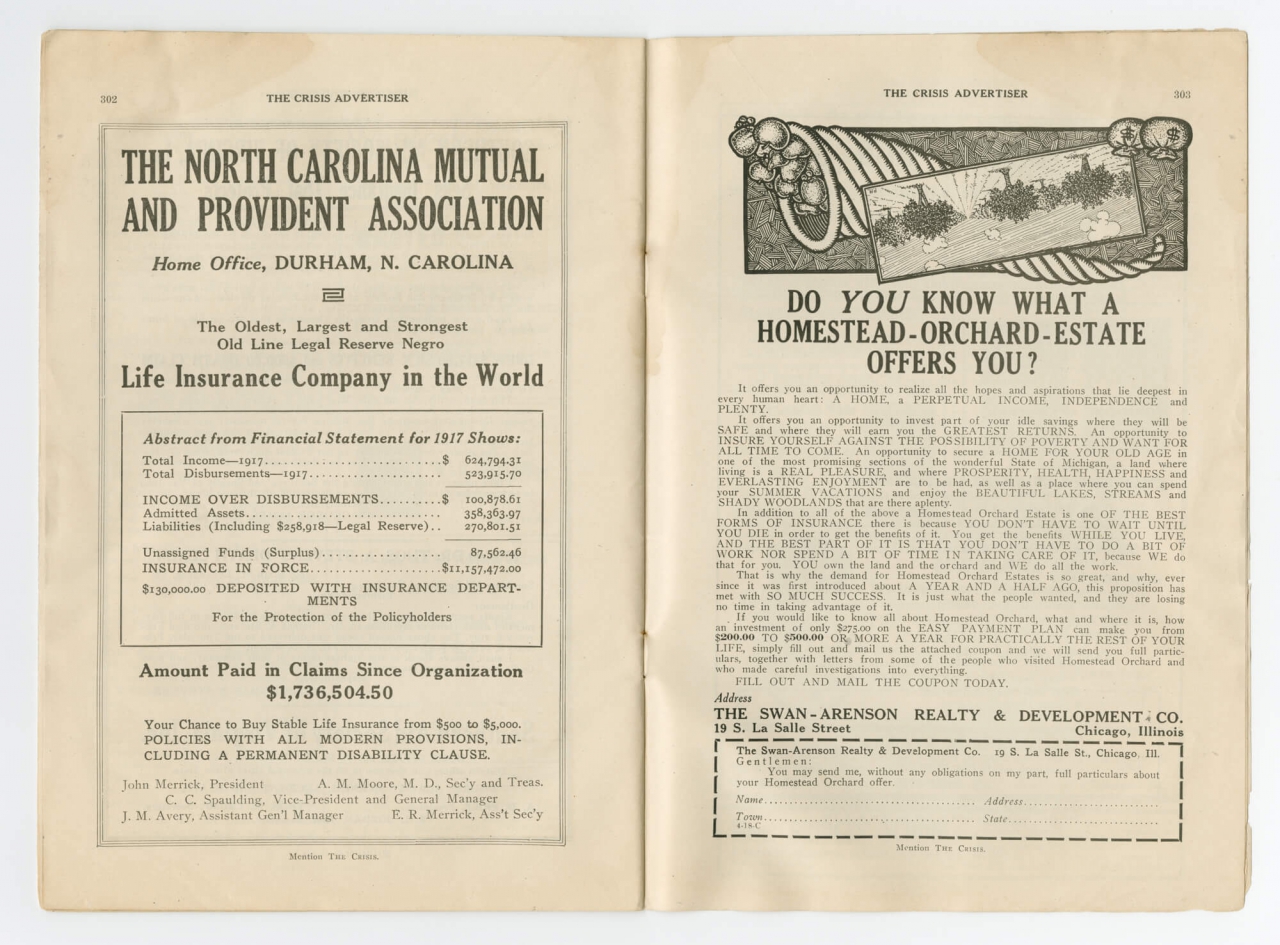 Expanding into the mainstream American economy, NC Mutual built a new, monumental Durham office away from its traditional home downtown.

A national symbol for black progress through business achievement, NC Mutual had arrived. 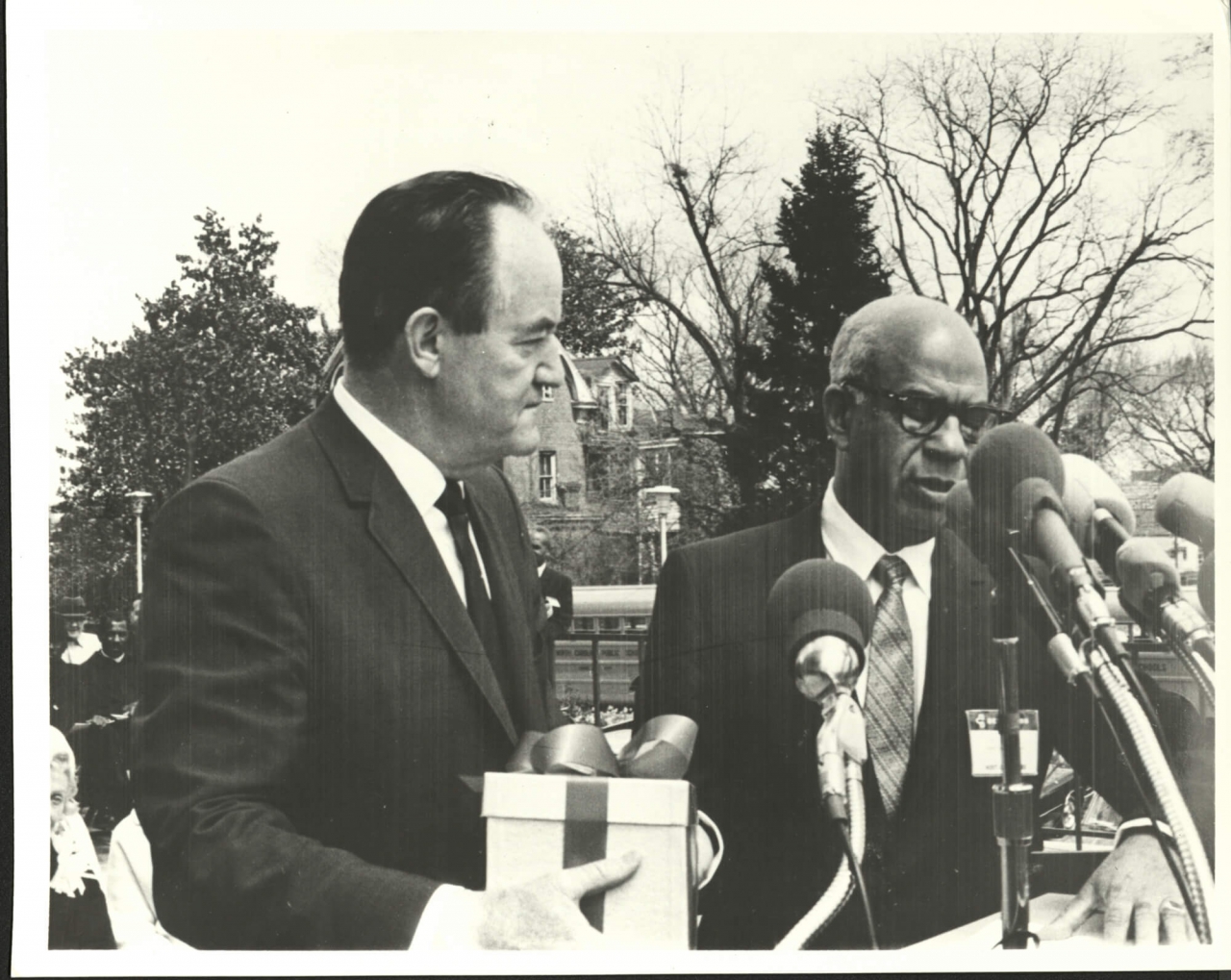 The audience for the dedication ceremony for the new NC Mutual home office, 1966. The company frequently welcomed visitors from around the world. Theresa Jan Lyons, NC Mutual staff member noted, “They just knew about this black company and they wanted to see it.” 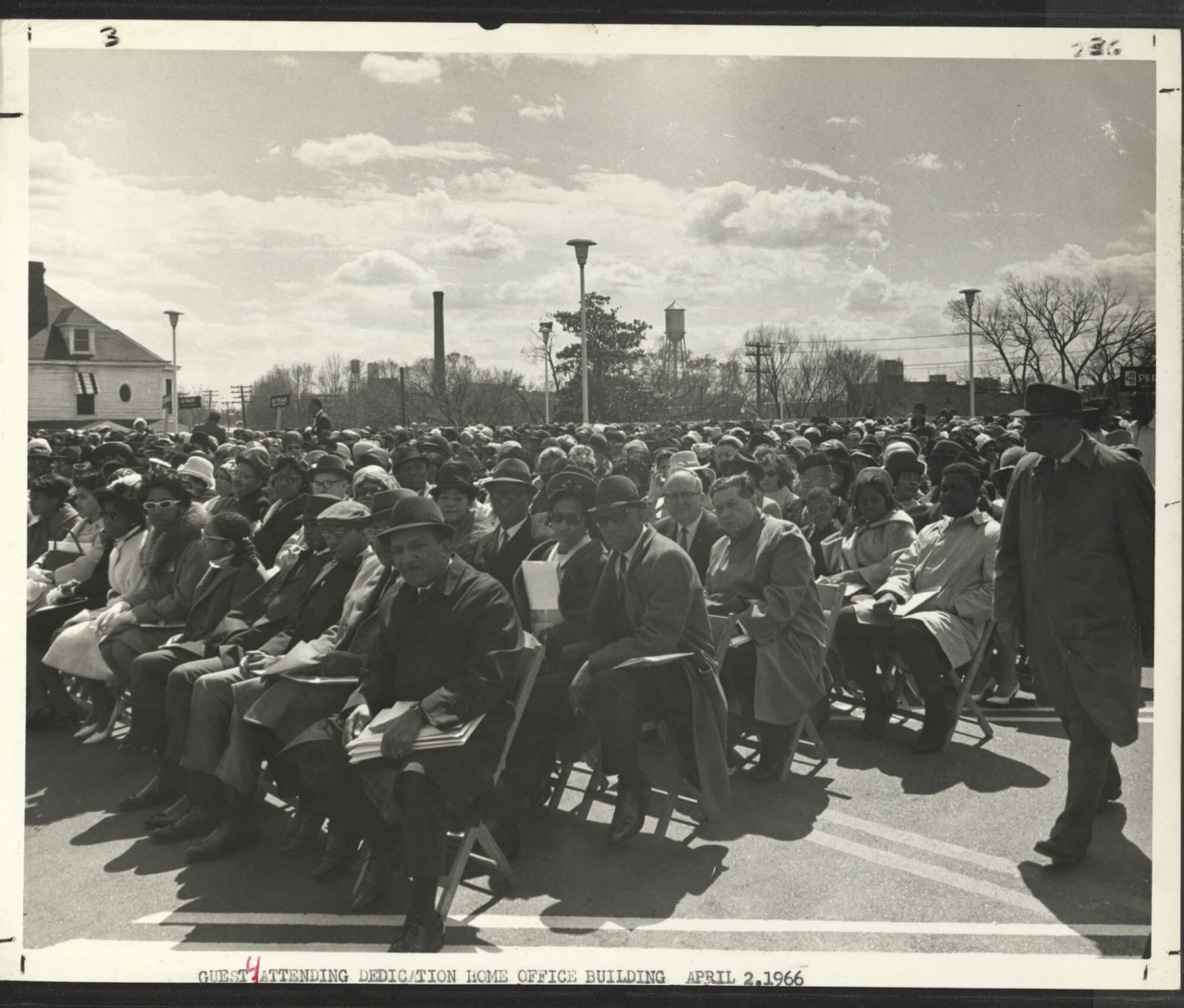 Carmen Saunders (second from right), who sold a million dollars’ worth of insurance for NC Mutual, with US Senator Robert Kennedy (third from left), ca. 1965. 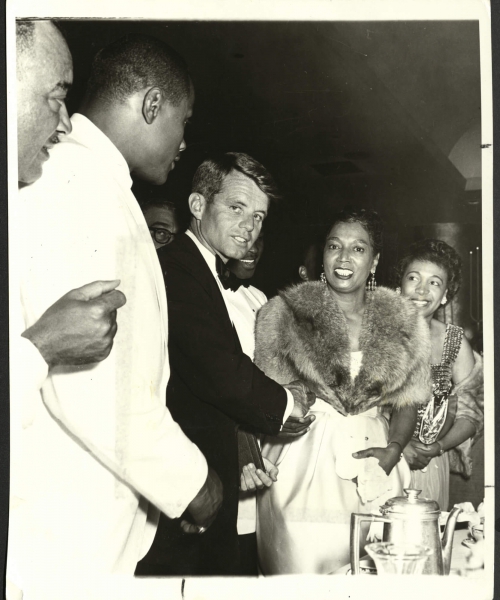 NC Mutual’s insurance-in-force reached a new milestone, as some white-owned companies, including Ford, General Motors, and Exxon, took out group insurance policies for their employees, ca. 1970. 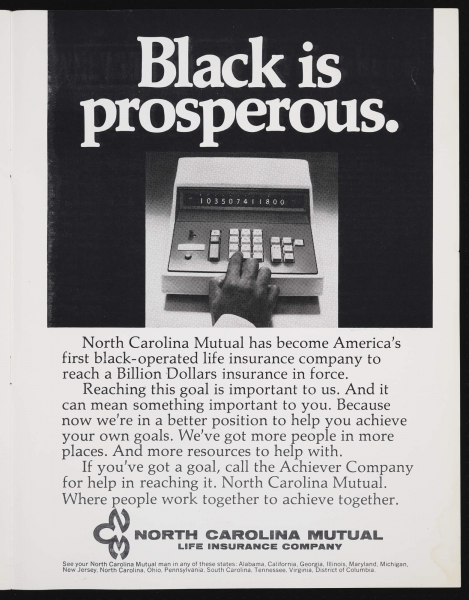 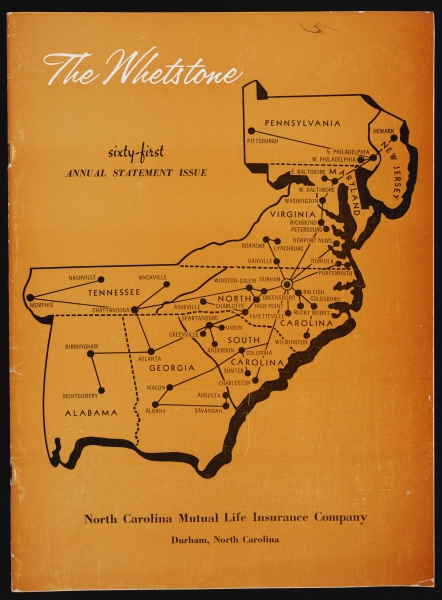 The staff at the NC Mutual office in Augusta, GA, 1934. Soon after its founding, the company began its expansion across the South. 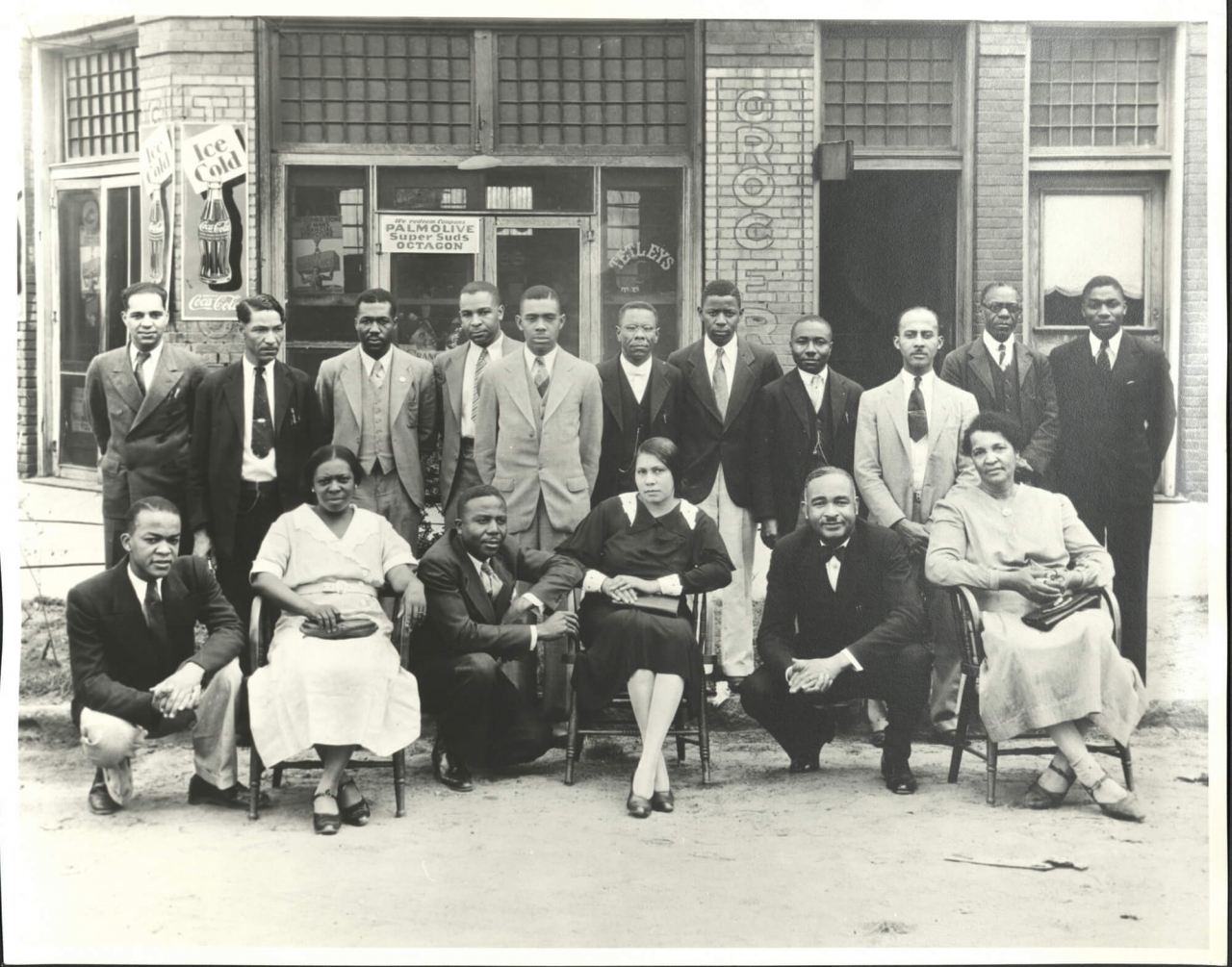 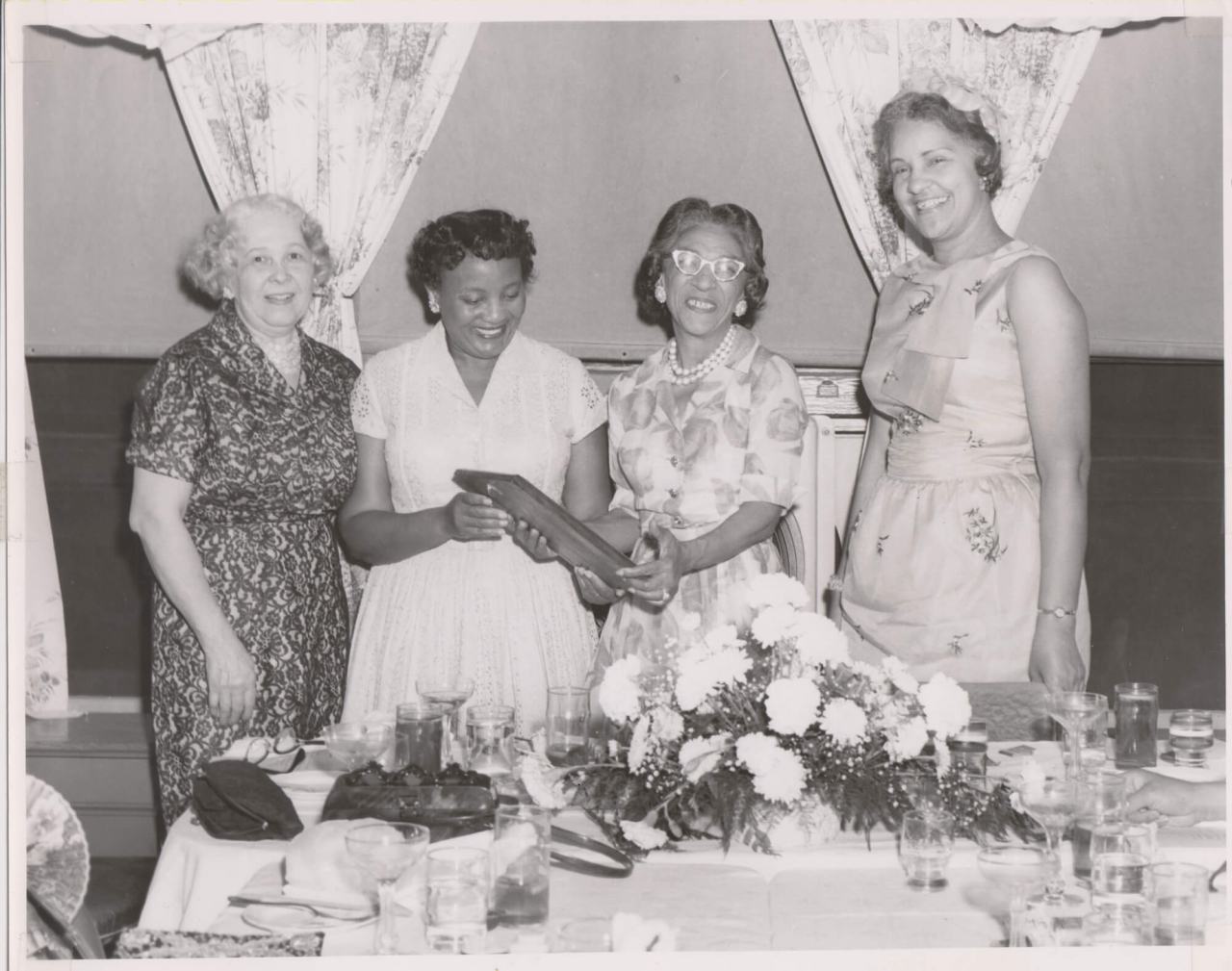 Starting out as a secretary, Viola Turner became the first woman vice-president of NC Mutual.

Listen to her talk about how she rose through the ranks and helped the Mutual grow through wise investments.

Viola Turner: [Begin 03:02:52] Climbing the Mutual Ladder: “So he’s starting off geared for top management. She’s geared for somebody’s secretary. You start off thinking like that. Now, if you get into a situation where there’s something else offered to you, and you find it interesting, you can believe me, you’d better work hard and you’ve got to learn a whole lot of things about that job. Because, if you just learn a part of it, and a young man comes along and he wants it. He doesn’t have to be as good as you are, he can be just about half as good as you are. And the very fact that he’s male, he’s going to get the first consideration. But I timed it perfect. The company didn’t know anything about investment itself. When I got here, we had mortgages. We knew mortgages. We had a few bonds. But those bonds were such bonds as the bonds of [unknown] University, or a whole batch of bonds of a man named [unknown] S.H. Dick, that lived somewhere down here, and had loads, and loads, and loads of property. Another church school bonds. That’s all we had. And the only other we had were government bonds. Every time the government had put out bonds, from the First World War, we bought them. Well, of course, it was a beautiful thing we did. Not only for the government, but they were good bonds for us. At least it was something we could be safe and secure in. But, now, we began to grow. And we began to get more money, and we could put that into mortgages. And we’d get to a point where we’ve got to do something else. And there’s an awareness of that. But we don’t have a whole lot of knowledge of the people to go into it. We didn’t have enough sense to know that we needed to know something. Also, that, in the process of knowing, that the next best thing for us is to get somebody who knows something to help us, so we immediately made a contact with Moody’s investment service.” [End 03:05:23]

[She talks about handling the paperwork for a lot of this and how much she learned along the way. Merrick encouraged her. She also attended the meetings because she was a secretary.]

[Begin 03:12:31] “Any rate, we’d begun to have a portfolio that you could look at. It was an acceptable portfolio, the quality of it was. And then, they made that discovery, and then a black woman that can talk their language. At least she knows what they’re talking about, and in talking to them she uses the same terminology, well, boy, that’s more than they can believe. So, they fly back to New York and start getting the word around. And it was no time at all before I did nothing but talk on the telephone all day long. Miss Turner this, Miss Turner that.” [End 03:13:20]

Listen to him share why he came to Durham to start a business.

Nathaniel B. White [Part 2, 00:11:50]: “Outstanding city for black businesses. And it has really for its size, it’s one of the leading in the country for African American entrepreneurs. And that was really visible when we came to Durham. It was altogether different from Raleigh, I’ll tell you. And in fact, the Mechanics and Farmers Bank, which was based in Durham, had a branch in Raleigh, still has, and of course they had a newspaper and a Savings and Loan and a fire insurance company, and the whole atmosphere of business was different. And to some extent, it’s still like that. The accomplishments of African American businesses is just outstanding, I think. I think probably, it grew out of the fraternal organizations that were based in the city and the idea of taking care of each other really, it was outstanding and so when we came in, was a time in 1939, it was very visible and did prove to be a good choice for us to make, in that we had what we considered a very successful career operating in Durham.” [End 00:14:50]